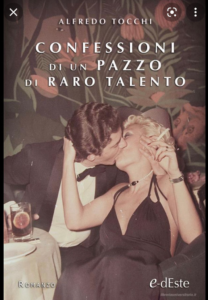 In less than two years, the lawyer, a former partner of one of the most important Italian law firms, lost his health (a devastating stroke hit him after being blackmailed by an official of the Revenue Agency), work ( he resigned after sensing that the partners in his studio no longer considered him up to par due to the after-effects of the ischemia), family (he just broke up from his beautiful wife, former dancer and daughter of a Forza Italia member of the parliament from Palermo who always hated him), money (he left everything to his wife and daughter with a gesture of desperate grandeur) and the will to live.

He lives in an empty apartment that a client lent him, he sleeps on an Ikea mattress, without blankets or sheets. However he still has all his wardrobe of designer clothes and designer accessories , and he has deposited his prestigious collection of watches in the bank. On his wrist he has his Patek Philippe Ref. 3998 in white gold.

This website uses cookies to improve your experience while you navigate through the website. Out of these cookies, the cookies that are categorized as necessary are stored on your browser as they are essential for the working of basic functionalities of the website. We also use third-party cookies that help us analyze and understand how you use this website. These cookies will be stored in your browser only with your consent. You also have the option to opt-out of these cookies. But opting out of some of these cookies may have an effect on your browsing experience.
Necessary Always Enabled
Necessary cookies are absolutely essential for the website to function properly. This category only includes cookies that ensures basic functionalities and security features of the website. These cookies do not store any personal information.
Non-necessary
Any cookies that may not be particularly necessary for the website to function and is used specifically to collect user personal data via analytics, ads, other embedded contents are termed as non-necessary cookies. It is mandatory to procure user consent prior to running these cookies on your website.
SAVE & ACCEPT